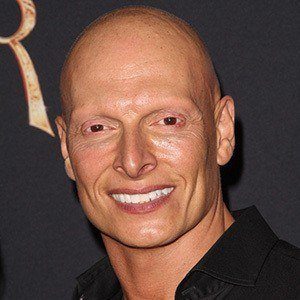 Known for his role as Thenn Warg in HBO's Game of Thrones, he also appeared as Grundroth in the Marvel superhero film Thor. His other screen credits include guest roles in such television series as Eagleheart and Chuck.

After graduating from London's Mountview Academy of Theatre Arts, he appeared with Oliver Reed in a film version of Orpheus & Eurydice.

A model as well as an actor, he appeared in campaigns for Gucci, Guess, and Giorgio Armani.

He grew up in London, England, in a family of Maltese heritage.

He was directed by J.J. Abrams in the twelfth Star Trek film.