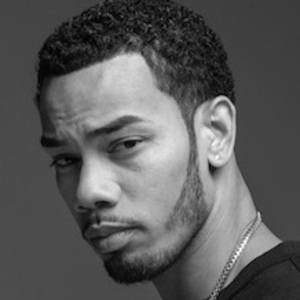 Rising R&B singer who garnered early attention with his 2015 single "Get Home" which peaked at #11 on the Billboard magazine Rhythmic Songs chart.

He previously made up one-third of an R&B trio called I-15. They were featured on Soulja Boy's 2007 single "Soulja Girl."

He worked a couple of odd jobs including unloading trucks for FedEx and working retail at Wal-Mart and Converse. He also worked the warehouse of the Golden Nugget Casino.

His father would play the music of Stevie Wonder, Michael Jackson, Prince and other artists around the house, helping influence his musical taste. His mother passed away in 2007 after years of struggling with a serious illness. He has three daughters.

Kid Ink and Quavo were featured on his single "Get Home" and he's also featured Timbaland, Pusha T, YG and Terrance Martin on tracks.

Jr Castro Is A Member Of