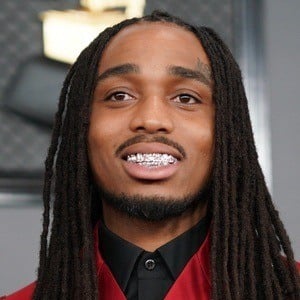 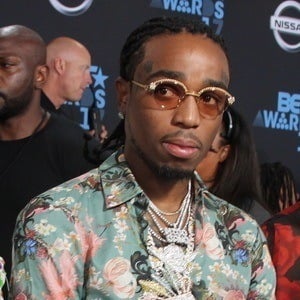 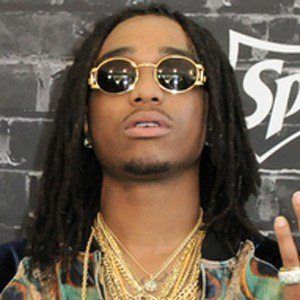 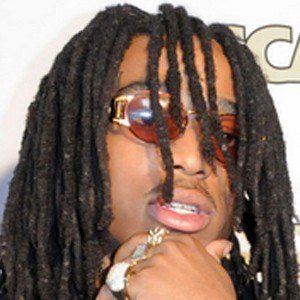 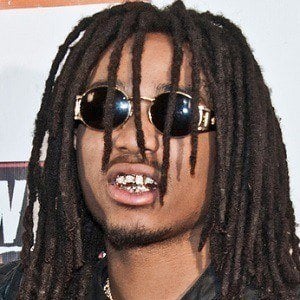 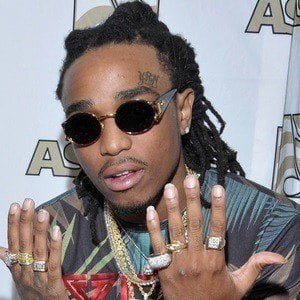 One-third of the hip hop trio known as Migos who are best known for their single "Versace." He has also done work as a solo artist. He was featured on the 2017 DJ Khaled track "I'm the One" and he also provided vocals on the Post Malone song "Congratulations."

He joined Kirshnik Ball, AKA Takeoff, and Kiari Cephus, AKA Offset, in 2009 to form Migos.

He was named the most influential rapper of early 2014 by Complex Music.

His real name is Quavious Keyate Marshall. He dated fellow rapper Saweetie. He has been romantically linked to Karrueche Tran.

With Migos, he has collaborated with A-list artists including Young Thug, Drake, R. Kelly, Gucci Mane, and many more.

Quavo Is A Member Of