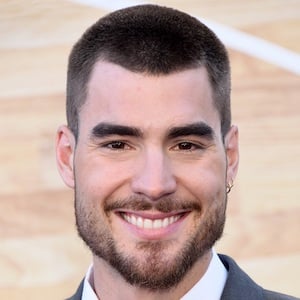 Former representative for the Spain national under-20 basketball team who was drafted 15th overall by the Denver Nuggets in the 2016 NBA Draft.

He began playing competitive basketball in 2007 as a member of CB Las Rozas. He played for the Real Madrid youth squad as well.

He began his professional career with CB Estudiantes in 2012. For the 2015-2016 season, he was named the ACB Best Young Player.

He is the brother of Willy Hernangomez.

He and Willy became the next Spanish brother duo to join the NBA, following in the footsteps of Pau and Marc Gasol.

Juan Hernangómez Is A Member Of