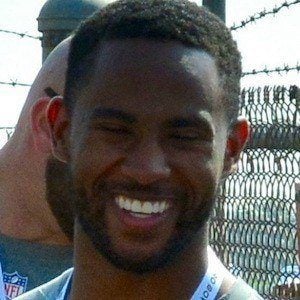 He began playing football at the age of eleven. By high school, he'd been named the Blythewood Defensive Player of the Year for 2007.

He earned the attention of professional scouts after a YouTube video showed him leaping vertically onto boxes at least five feat high.

He was born Justin Andrew Bethel to Chris Bethel in Sumter, South Carolina.

He played alongside teammates Matt Barkley and Carson Palmer as a member of the Arizona Cardinals.

Justin Bethel Is A Member Of