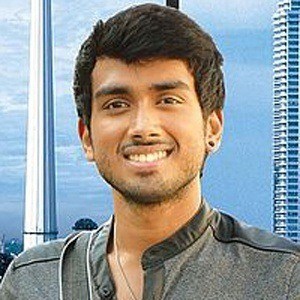 First known as a child actor, he appeared in the films Kochu Kochu Santhoshangal and Ente Veedu Appuvinteyum. He would go on to act in the Tamil film Meen Kuzhambum Mann Paanaiyum in 2016.

He earned a degree in visual communication at Loyola College, Chennai.

In 2003, he won three awards for Best Child Artist for his role in Ente Veedu Appuvinteyum.

His parents are renowned Indian actors Jayaram Subramaniam and Parvathy Jayaram. He has a sister named Malavika Jayaram.

In 2017, he joined the Indian drama Poomaram alongside Kunchacko Boban.

Kalidas Jayaram Is A Member Of