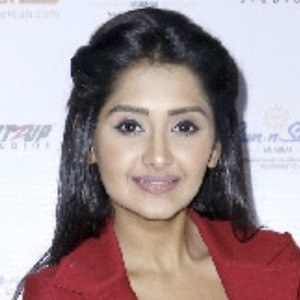 Notable for her starring role as Avni in the Indian television series Aur Pyaar Ho Gaya, Singh is also famous for her portrayal of Cherry in the ColorsTV soap opera Sasural Simar Ka.

She made her childhood acting debut in an episode of the Sony Entertainment Television series Kutumb.

She and Avika Gor were both in the cast of Sasural Simar Ka.

Kanchi Singh Is A Member Of