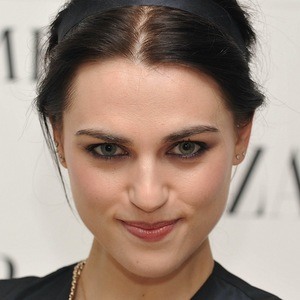 Irish actress who's best known for playing Morgana on the BBC One series Merlin and Lucy Westenra on the series Dracula. She also played Elsa in the 2017 film King Arthur: Legend of the Sword and appeared in Jurassic World.

She studied the International Baccalaureate at St. Andrew's College and graduated from Trinity College, Dublin with a degree in history.

She worked as a wardrobe assistant on the set of The Tudors before starting her acting career.

Her father, Paul, worked with computers and her mother, Mary, worked for a fashion designer. She has two older brothers, Sean and Rory.

Kate McGrath Is A Member Of