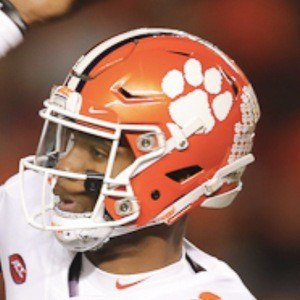 Famous for his time as the starting quarterback for the Clemson Tigers. He was named the starter for the 2017-2018 season as a junior after serving as a back-up to Deshaun Watson.

He graduated from Wren High School in Piedmont, South Carolina. He committed to play football for Clemson as a senior.

His rise to success with Clemson was profiled in The Washington Post in a September 2017 article.

He was originally born and raised in Calhoun Falls, South Carolina.

His work ethic and talent were praised by NFL quarterback Deshaun Watson at the outset of the 2017-2018 college football season.

Kelly Bryant Is A Member Of