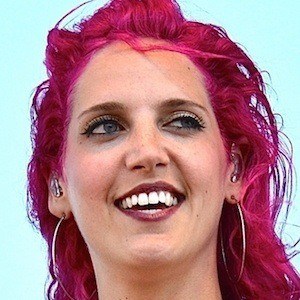 Vocalist best known as one half of the alternative duo MS MR alongside music producer Max Hershenow. The band gained popularity after their song "Bones" was featured on the season three trailer for hit HBO series Game of Thrones.

She graduated from Vassar College in 2010 alongside MS MR partner, Max. A year later they released their first EP Ghost City USA.

She is a co-founder behind the New York and London based independent record label Neon Gold Records.

She is friends with fellow vocalists Alex Winston and Tove Lo.

Lizzy Plapinger Is A Member Of