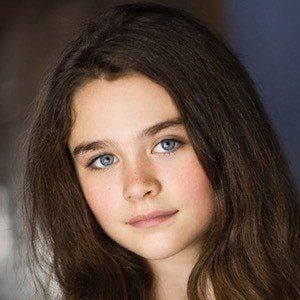 Actress who rose to fame in 2017 for her roles in various TV series such as Shadowhunters as Seelie Queen, The Mist as Lila DeWitt and Mary Kills People as Cambie. She would later earn a recurring role as Madi in The 100.

She first made her acting debut in 2015 in the holiday telemovie Last Chance for Christmas.

In 2016, she played the younger version of the title character, Sadie Mitchell, in Sadie's Last Days on Earth.

She is the daughter of Sacha Grierson, whom owns the Toronto bakery, Eat My Words. Her father is actor Sean Patrick Flanery. She was born in Los Angeles, but relocated to Toronto when she was three years old.

In the 2016 thriller Lavender she starred opposite Abbie Cornish and Dermot Mulroney.

Lola Flanery Is A Member Of