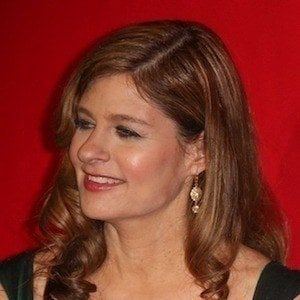 Singer and multi-instrumentalist who founded Majority of One Records, on which she has released solo efforts like Bad Little Animals (2008). She is also the co-founder of the Rocket Carousel Studio in Los Angeles, where stars like Katy Perry and Natasha Bedingfield have recorded music.

She gave her first public performance opening for Jackson Browne at The Troubadour when she was just 17 years old.

She sang on "Where You Lead," which was used as the theme song for the show Gilmore Girls.

She is the daughter of iconic singer-songwriter Carole King and lyricist Gerry Goffin. She was previously married to musician Greg Wells.

She appeared with Bryan Ferry in the singer's music video for "I Put a Spell On You."

Louise Goffin Is A Member Of