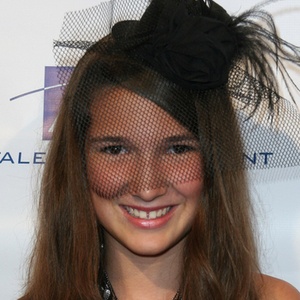 Actress who is widely known for her TV and film appearances. She has made multiple appearances as an extra in sketches on Jimmy Kimmel Live!.

She earned her associate's degree in theatre from Los Angeles Valley College in 2015. She enrolled at California State University, Northridge in 2016 to obtain her bachelor's degree.

She had a recurring guest starring role on the TV series S***** Boyfriends. In 2014, she appeared as an extra on Comedy Central's Kroll Show.

She was born and raised in Laguna Beach, California.

She appeared alongside actress Lucy DeVito in the 2016 TV movie Patriettes.

Lucy Angelo Is A Member Of