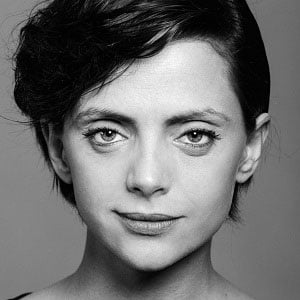 After rising to fame for her role as Uxia in the horror film Dagon, she further established her reputation by portraying Lola in the Spanish television series La Que Se Avecina and for playing the title role in the 2008 movie Sexykiller.

Before beginning her acting career, she studied drama at London's Rose Bruford College.

She received prestigious film festival awards for her performances in the 2012 film Del Lado del Verano and in the 2006 feature La Dama Boba.

Her marriage to director and musician Aldo Comas began in 2013.

She is a contemporary of fellow Spanish screen actress Paz Vega.

Macarena Gomez Is A Member Of