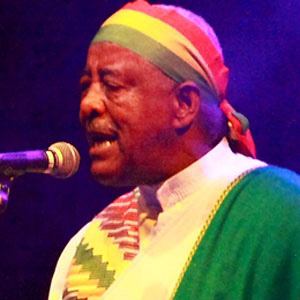 Popular performer in the 1970s and 1980s, especially among Ethiopian refugees driven out by the military coups of the 1970s.

He was a shoe-shiner and also a handyman at the Arizona Club, where he became a regular performer in 1962 after pinch hitting for the band's singer.

He was one of the first contemporary Ethiopian singers to become an international hit and perform in the United States.

He was born of Gurage ancestry in Addis Ababa's Mercato district and grew up mesmerized by the music on the radio.

He and Ry Cooder were both recipients of the BBC World Music Award.

Mahmoud Ahmed Is A Member Of