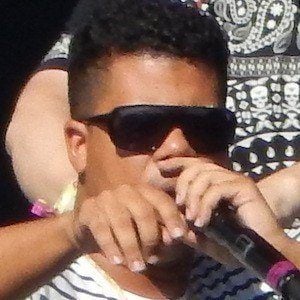 Hip hop recording artist known as iLoveMakonnen who burst into the national spotlight when Drake remixed his single "Tuesday." He released his debut EP, I Love Makonnen, on July 6th, 2014.

He started out by posting music to MySpace. He also had a blog where he would post interviews with musicians.

He spent time under house arrest after he allegedly accidentally shot and killed a friend of his in 2007.

He was born in Los Angeles and moved to Atlanta, Georgia in 2002. His mother worked as a nail instructor and as an opera singer.

He interviewed Lil B and Miguel for his blog.

Makonnen Sheran Is A Member Of