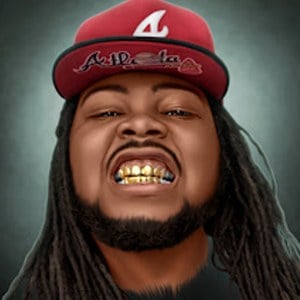 YouTube gamer who is known for his Manman Grindhard channel's content. He has earned popularity there for his NBA 2K playthroughs and tutorials.

He has amassed more than 160,000 subscribers to his YouTube channel. One of his most popular videos there, "NBA 2k16 Best Ankle Breaker Signature Skills and Size Up Combo," has earned more than 550,000 views.

He was born and raised in Camden, Arkansas and later moved to Louisiana. He is married and has a son.

Manman GrindHard Is A Member Of