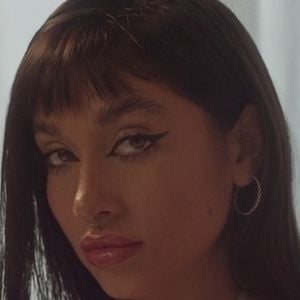 Popular content creator on YouTube with a self-titled channel who publishes comedy and singing videos for her more than 3 million subscribers. As an aspiring singer, she's released original songs like "Perdidamente," "Dejemos que Pase," and "High Remix" in collaboration with TINI and Lola Índigo on her secondary YouTube channel María Becerra Music. She released her first full-length album in 2021, titled Animal.

She began taking singing lessons at seven years old as well as musical comedy and interpretative dance classes. At the age of 13, she began writing poetry and short stories that she would publish online. She registered for her YouTube channel in October of 2015, publishing a first video about two months later.

She has two tattoos, one on her chest of the Game of Thrones phrase "Shekh ma shieraki anni" and the other under her breasts of the ancient Egyptian goddess Bastet. In June 2019, she posted a video on her Instagram featuring one her idols, ElRubius, greeting her.

In December 2018, she posted a video on her YouTube channel collaborating with Anitta on an acoustic rendition of her hit "Veneno."

María Becerra Is A Member Of