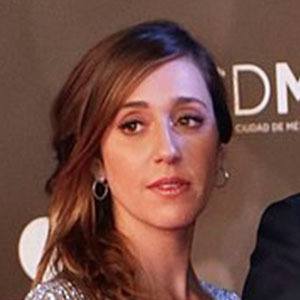 Mexican actress who is known for her work in stage productions, on telenovelas, and in several feature films as well. She is best recognized for having played the lead character Amanda in the 2017 feature film Como Cortar a tu Patan and Lupita in the musical film Mentiras.

She has been nominated for multiple Ariel Awards including for Best Supporting Actress for her role in La Vide Inmoral de la Pareja Ideal and Best Actress in a Supporting Role for El Sueno del Mara'akame.

She was born and raised in Monterrey, Mexico.

She starred alongside Eugenio Derbez and Anna Faris in the 2018 American romantic comedy Overboard.

Mariana Treviño Is A Member Of