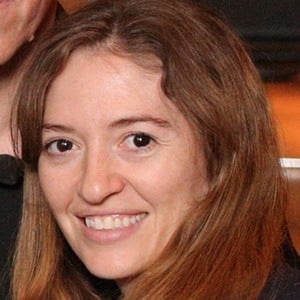 Writer and director the acclaimed 2015 comedy-drama The Diary of a Teenage Girl as well as the 2019 Oscar nominated film Can You Ever Forgive Me? She was then hired to direct the Fred Rogers biopic A Beautiful Day in the Neighborhood.

She was part of the Alameda Children's Musical Theater as an actress. She then did community theater and productions at Saint Joseph Notre Dame. She studied theater at UCLA and the Royal Academy of Dramatic Art in London.

She has directed episodes of the shows Transparent and Casual. She acted in The Lonely Island films MacGruber and Popstar: Never Stop Never Stopping.

Her father Steve was a chiropractor, and his wife Annie was an artist and art teacher. She was raised with a younger brother and sister named Nate and Emily. She married comedian Jorma Taccone and they have a son named Wylie Red Heller Taccone.

She directed Melissa McCarthy in the film Can You Ever Forgive Me?

Marielle Heller Is A Member Of