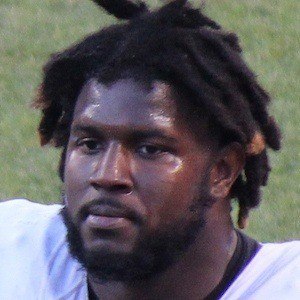 Defensive lineman who won the BCS National Championship with the Florida State Seminoles in 2014. He was the USA Today High School Defensive Player of the Year at Billy Ryan High School. In 2015, he was selected 35th overall in the NFL Draft by the Oakland Raiders.

He won the Texas State Championship with the Prosper High School Eagles.

He was the first-ranked defensive tackle prospect in the country coming out of high school according to Rivals.

His father was drafted by the Dallas Cowboys in the 2000 NFL Draft.

He and wide receiver Amari Cooper were the first two picks of the Oakland Raiders in the 2015 NFL Draft. Cooper was selected fourth overall.

Mario Edwards Jr. Is A Member Of