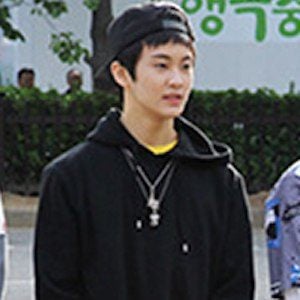 NCT rapper for multiple units, who first became known in 2013 as a member of the training program the SM Rookies. He is also a member of the K-pop supergroup SuperM, which formed in 2019.

Like several of his other group mates, he graduated from Seoul School of Performing Arts.

The debut NCT single "The 7th Sense" peaked at #2 on the US Billboard World Digital charts after its release in April 2016.

Though born in Toronto, Canada, he later lived in South Korea and is fluent in both Korean and English. He has an older brother.

He is joined in the NCT subgroup NCT U by Taeil, Taeyong, Doyoung, Ten, and Jaehyun.