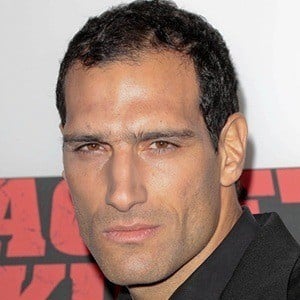 Actor, stunt double and martial artist who has played heavies in movies like Machete Kills (2013) and performed stunts in movies like The Rundown (2003). He holds black belts in judo and aikido as well as a green belt in shotokan.

He began practicing marts at age 6, inspired by Bruce Lee. He later moved to Mexico, where he began working as a model.

He won a Taurus Award for Best Overall Stunt by a Stunt Man for his Jeep stunt in The Rundown, where he was the double of Dwayne Johnson.

He was directed by Robert Rodriguez in Machete Kills.

Marko Zaror Is A Member Of