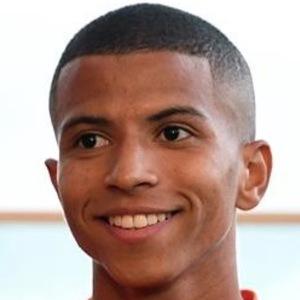 Brazilian footballer known for his work with the Ukrainian club Shakhtar Donetsk where he plays as a forward. He is also known for having appeared on the Brazil Under 20 national team during their 2017 season.

He joined the youth academy of Desportivo Brasil at the age of 14 after a trial with Santos FC. He was bought by Sao Paulo Futebol Clube for one million dollars in September of 2015.

He emerged as the top scorer of the Under 17 Campeonate Paulista in 2016 with 21 goals.

He has a twin brother named Matthew who is a volleyball player.

He played alongside Fernando on both FC Shakhtar Donetsk and Brazil's Under 20 National Team.

Marquinhos Cipriano Is A Member Of