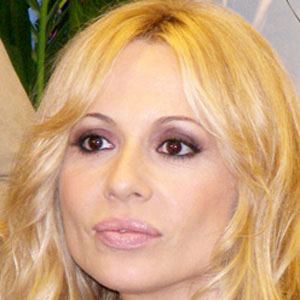 Spanish singer often called "The Queen of Spanish Pop." Her 2008 single "Colgando En Tus Manos" set iTunes records in Spain and stayed in the number one spot for 29 weeks.

She became the lead singer of the group Olé Olé in 1985 and achieved success with them before leaving to pursue a solo career in 1991.

Her full name is Marta Sánchez López. She was married to Jesús Cabañas from 2002 to 2010.

Her third album featured a collaboration with Slash of Guns N' Roses fame.

Marta Sánchez Is A Member Of