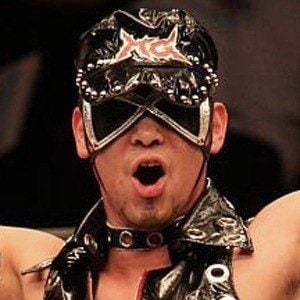 Japanese comedian and former wrestler who wrestled in the Doshisha Professional Wrestling Alliance and later became involved in HUSTLE promotion. He teamed up with college friend Makoto Izubuchi and they formed a comedy duo known as Razor Ramon.

He studied at Doshisha University where he began wrestling as a hobby.

His career in wrestling had ended after he shattered his foot during an event.

Masaki Sumitani Is A Member Of