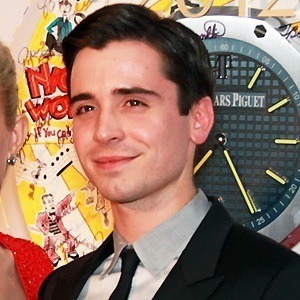 American actor and singer who appeared in Broadway productions of Spring Awakening, War Horse, The Book of Mormon, and Bye Bye Birdie.

He studied classical theatre at the London Academy of Music and Dramatic Art.

He played the character of Jonathan Whitney on Gossip Girl from 2008 to 2011.

He was romantically linked to Wesley Taylor.

He appeared with Jayne Houdyshell in the 2009 Broadway revival of Bye Bye Birdie.

Matt Doyle Is A Member Of