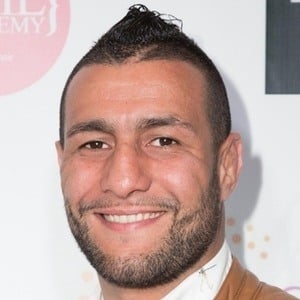 MMA fighter who was a contestant on The Ultimate Fighter 22: Team McGregor vs Team Faber. He has over 60,000 followers on his mehdi_baghdad Instagram account.

He started training in martial arts at 16 and had his first fight at 20.

He competed in UFC's reality show in the 25th season on The Ultimate Fighter: Redemption in 2017.

His sister is Sofiia Manousha.

He and Cheick Kongo are both MMA fighters from France.

Mehdi Baghdad Is A Member Of