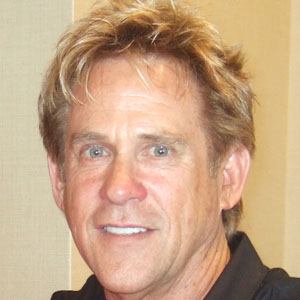 Muscled actor who starred in many action and military films, including the American Ninja Series and Platoon Leader. He also played roles in the 1989 film, Platoon Leader and the 1999 film, The Silencer.

He was studying child psychology in college when he was spotted by a modeling scout and encouraged to try out as a model.

He starred in all five of the American Ninja films as Private Joe Armstrong, and was cast on the sixth series of the film.

Born in Redondo Beach, California. His father a Russian immigrant and his mother a French-Canadaian from Quebec.

He had a small part in Antoine Fuqua's action thriller, Olympus Has Fallen.

Michael Dudikoff Is A Member Of