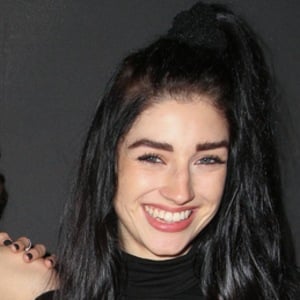 Actress most well known for her role as Ann Templeton in the Hub Network series Spooksville. She has previously guest-starred in notable series including Disney XD's Mr. Young and AMC's The Killing.

She moved to Vancouver to complete high school while also beginning her training as an actress at Railtown Actors Studio.

She booked a part in the 2015 indie mockumentary No Men Beyond This Point and the 2014 television movie Sea of Fire.

She was born and raised in Fort McMurray, Alberta, Canada with two brothers and two sisters.

She began starring in Spooksville alongside Katie Douglas in 2013.

Morgan Taylor Campbell Is A Member Of