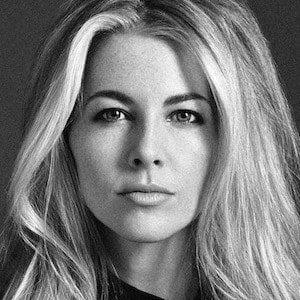 Singer, songwriter, and stage actress, she is best known for her first studio album Hunter, released in November 2014, and her roles in Godspell and The Adams Family on Broadway.

She attended The Juilliard School when she graduated high school at the age of 18. She studied music and voice with an emphasis on opera. She also took several classes with Broadway and film star Barbara Cook.

She performed all over New York in bars and concert venues all over the city. She often collaborated with Scott Bradlee on his Postmodern Jukebox YouTube channel and toured with him in 2014.

She was born Morgan Grunerud to actors Allen Grunerud and Shellie Harwood. Because of her parents' occupations, they moved quite frequently. She spent time in Utah, Tennessee, and Modesto, California, where she ended up spending her high school years. She began dating musician Doug Wamble in 2012.

Her broadway debut was in 2010 when she starred in The Adams Family alongside Nathan Lane and Bebe Neuwirth.

Morgan James Is A Member Of