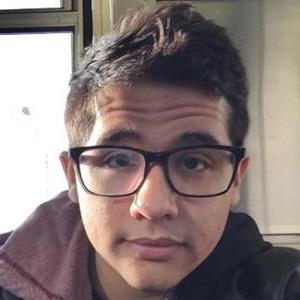 YouTube phenomenon known for his vlogging series "MO Show," but more well known as a Poketuber.

He launched his channel on October 18, 2006 and started uploading content a month later.

He has earned over 1.2 million subscribers to his YouTube channel.

His first name is Eriel, he is from Puerto Rico, and he later moved to New York City and then Florida. He has a younger sister.

He is a Poketuber like Hunter Hughes and Patterrz. He is also good friends with fellow YouTuber and gamer Luke Suliman.

MunchingOrange Is A Member Of