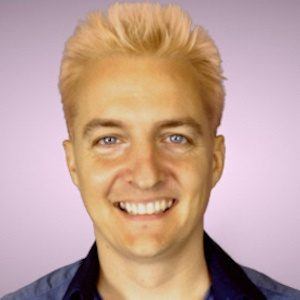 Author of Online Marketing: A User's Manual and regular contributor to Forbes and Entrepreneur who is himself an entrepreneur in addition to business advisor and speaker. He became a social media phenom as well, earning more than 390,000 followers on Vine thanks to his motivational videos and tips.

He gained his Green Card by being recognized by the US government as an "alien of extraordinary ability."

He is the middle child of three brothers. He is married and has lived in Palo Alto, California.

He's made comedy videos alongside JoJoe and has collaborated with WeeklyChris. He has interviewed Twan Kuyper, Bart Baker, WeeklyChris, Olga Kay, and Sam Wilkinson for Forbes.

Murray Newlands Is A Member Of