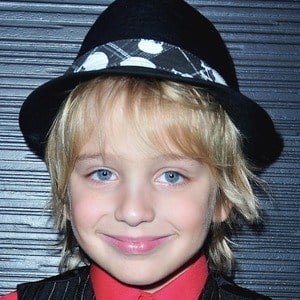 American actor who is best recognized for having played the recurring role of The Guntz in the 2018 series Raven's Home. He is also known for his work on the web series OMG! and has appeared in episodes of several popular shows such as It's Always Sunny in Philadelphia, Grace and Frankie, and Walk the Prank.

His career as an actor started with appearances in music videos and short films. He started gaining further attention in 2011 when he made his feature film debut in My Pure Joy. He then went on to appear in minor roles in several popular television series' including Modern Family and It's Always Sunny in Philadelphia.

He is also known for his reality television appearances including on the MasterChef Juniors series where he at the time became the youngest contestant to cook for Gordon Ramsay on the series.

He was born and raised in Tampa, Florida. He is the related to pop singer Rudy Vallee through his maternal Grandfather.

He starred alongside Navia Robinson and Anneliese Van der Pol in the 2017 television series Raven's Home.