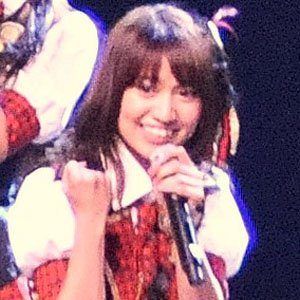 Singer with the Japanese idol girl group AKB48, of which she was the captain of Team K.

In 1996, she signed with Central Kodomo Gekidan as a child actor. In 2005, she became a junior idol for Doll's Vox.

She joined the AKB48 sub-unit, Not Yet, and won a Japan Academy Popularity Award.

She was raised near Mibu, Tochigi Prefecture by her mother, who was born in Hokkaido.

Oshima Yuko Is A Member Of