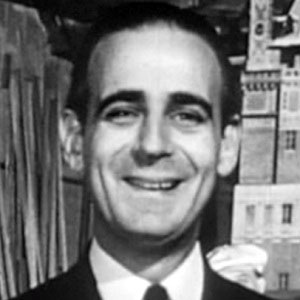 Remembered for his character roles in numerous film, television, radio, and theater productions, he is perhaps most well known for his portrayal of Raymond the butler in the acclaimed Orson Welles feature Citizen Kane. He is also famous for acting in and helping to produce the 1938 "The War of the Worlds" radio broadcast.

After briefly studying law at Columbia University, he appeared in the 1930 Broadway production of Subway Express and went on to work for Cincinnati, Ohio's WLW radio station.

During the Second World War, he narrated several topical documentaries and worked for the Office of War Information.

The son of Maurice and Nathalie Sternberg, he grew up in New York City. He was married to Peg LaCentra from 1939 until his death in 1986.

In the 1950s, he directed Gena Rowlands in the television series Top Secret.

Paul Stewart Is A Member Of