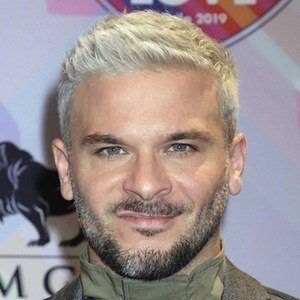 Puerto Rican singer/songwriter and musician known for releases like his 2010 self-titled album, featuring acclaimed songs like "Vamos a Huir." He is also an actor who has appeared in films like "Shut Up And Do It."

He got his start as the singer for the band Marka Registrada.

He appeared in an Off-Broadway production of CELIA: The Life and Music of Celia Cruz. In 2019, he won two Latin Grammys for Song of the Year and Best Urban Fusion/Performance for his hit "Calma."

He married Jessica Rodríguez in 1998. His grandfather is well-known singer Bobby Capo. His grandmother is Irma Nydia Vazquez, who is a former Miss Puerto Rico contestant winner.

His hit song Calma (Remix) and its remixes featuring Farruko and Alicia Keys have earned him multiple platinum certifications.

Pedro Capó Is A Member Of