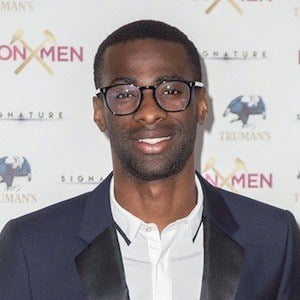 Spanish professional football player who is best known for playing in the Premiere League for the club West Ham United where he is known as a midfielder.

He started his football career playing for various teams from his home city such CD Avance and Atlético. He left Atlético for Sampdoria in 2008 at age 16, the minimum age that international transfer within the European Union is allowed. He then began his professional career, continuing to excel and play for a variety of teams and clubs.

In November of 2016, he was announced as West Ham's Player of the Month for the month of October.

He was born and raised in Alcalá de Henares, Spain.

As a member of the West Ham United F.C., he can be seen playing alongside Winston Reid, Aaron Cresswell, and Jose Fonte.

Pedro Obiang Is A Member Of