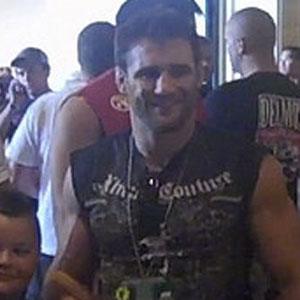 Muay Thai-focused welterweight who competed in the UFC, PRIDE and Strikeforce.

He was featured on the show Fight Factory on NuvoTV while training at the American Kickboxing Academy.

He married his longtime girlfriend Angela on October 12, 2008.

Phil Baroni Is A Member Of