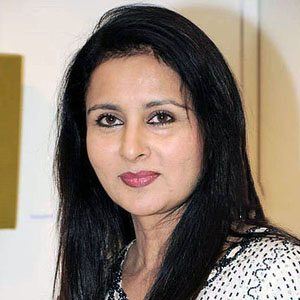 Bollywood actress who starred in over 80 films, including Noorie Red Nose.

She won the Miss Young India pageant, which inspired director Yash Chopra to offer her a role in the 1978 film Trishul.

Outside of her acting career, she was the runner-up on the third season of Bigg Boss.

She was married to Ashok Thakeria from 1988 until 1997. They had two kids named Anmol and Paloma Thakeria.

She starred opposite Rajesh Khanna in a number of films, including Rad, Nishaan, and Awam.

Poonam Dhillon Is A Member Of