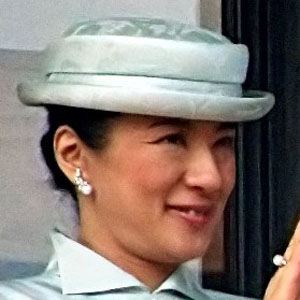 Crown Princess of Japan and Japanese Red Cross Honorary Vice President. Before marrying into the Imperial House of Japan, she studied at the University of Tokyo's law school and planned a career with the Japanese Ministry of Foreign Affairs.

The daughter of Japanese diplomat Hisashi Owada, she grew up in Moscow, New York City, Tokyo, and Boston. She graduated from Harvard-Radcliffe College in 1985 with a degree in economics.

Beginning in the early years of the 21st century, she suffered from emotional and adjustment disorders and was largely absent from Japanese public events that the Crown Princess would normally be expected to attend.

She married Japanese Crown Prince Naruhito in the Summer of 1993. The couple welcomed a daughter, Aiko, Princess Toshi, in late 2001.

Princess Masako Is A Member Of