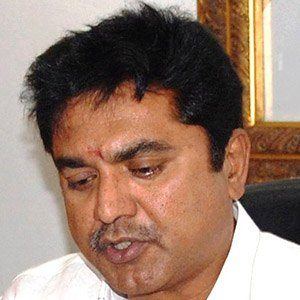 Known for his roles in hundreds of Malayalam, Tamil, Kannada, and Telugu films, this acclaimed Indian actor also had a career as a politician, founding a political party called All India Samathuva Makkal Katchi in 2007. His most famous film credits include roles in Suryavamsam, Nattamai, and Natpukkaga.

After earning an undergraduate degree in mathematics from The New College in Chennai, India, he was cast in his first film, a 1986 Telugu movie titled Samajamlo Sthree.

His first marriage, to Chaya Sarathkumar, resulted in daughters named Pooja and Varalaxmi. His second marriage, to screen actress , produced a son, Rahul.

He appeared with fellow screen star Nayantara in the 2005 Tamil film Ayya.

R Sarathkumar Is A Member Of