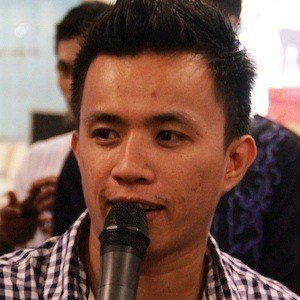 Malaysian actor who is best known for his appearances in a variety of both television and film productions. He is most recognized for his role as Watak Utama in the 2016 film "Upin & Ipin Jeng Jeng Jeng!".

With a passion for acting early on, he was first introduced to the film industry by independent film director Osman Ali in 2006. His breakthrough role which earned him recognition was in the 2011 film Nur Kasih where he played the role of Adam Hassan.

Before his introduction into the film industry, he worked at a morning market selling fish and chicken for money to pay school fees and tuition.

He was born and raised in Negeri Sembilan, Malaysia before moving to Kuala Lumpur at the age of 18.

As an actor from Malaysia, he is analogous to other actors from the area including Amber Chia, Michelle Yeoh, P Ramlee, and Angelica Lee.

Remy Ishak Is A Member Of