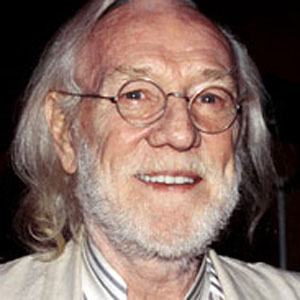 As a college student, he rented a tiny theater and directed a critically praised musical. The musical was a financial failure, however, which caused him to be temporarily homeless.

He initially refused the role of Albus Dumbledore, although he eventually relented due to pressure put on him by his ten-year-old granddaughter.

His marriage to Elizabeth Rees-Williams lasted twelve years. The couple divorced in 1969. He was married to Ann Turkel from 1974 to 1982. He had three children.