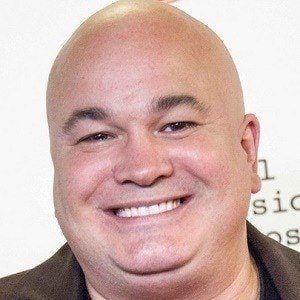 Comedian who is best known for his stand-up career which has led to a multitude of other opportunities. He has made various TV and film appearances, including in 2015's Trainwreck alongside Amy Schumer.

He made a few TV and film appearances during the late-1990s and early-2000s. In 2003, he was named the Breakthrough Performer of the Year by the humor website CringeHumor.com.

He has been featured as Louis C.K.'s fictional brother on the FX sitcom Louie. In 2015, he released his 4th live comedy album, Robert Kelly: Live at the Village Underground.

He has been a frequent collaborator of fellow comedian Colin Quinn's throughout his career.

Robert Kelly Is A Member Of