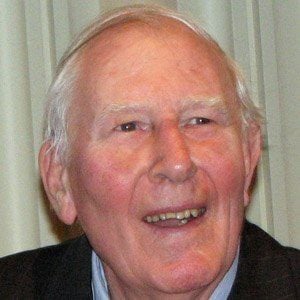 British runner and neurologist who broke the four-minute-mile barrier at the 1952 Olympics in Helsinki with a record of 3 minutes and 59.4 seconds.

He pursued his medical degree and studied at the University of Oxford and St. Mary's Hospital Medical School.

Following his running career, he went on to become a renowned neurologist and Master of Pembroke College.

He married Moyra Elver Jacobsson, who was the daughter of a future IMF president. He was diagnosed with Parkinson's disease in 2011.

Roger Bannister Is A Member Of