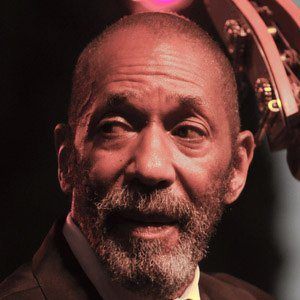 Jazz double-bassist who has recorded more than 2,500 times and was inducted into the Down Beat Jazz Hall of Fame.

He became a known name through his work with the Miles Davis Quintet in the 1960s.

He was, at one point, married to a model.

He appeared in Kansas City, a 1996 film by Robert Altman.

Ron Carter Is A Member Of