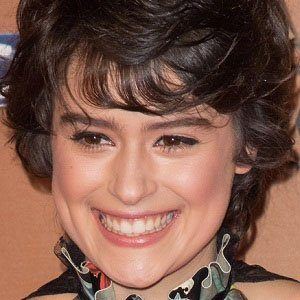 Perhaps most famous for her title role in the Italian fantasy series Mia and Me, as well as her portrayal of Tyene Sand on HBO's Game of Thrones. Her film credits include The Dinner and Loon Lake.

When she was just eight years old, she appeared in a production of Medea at New York City's La MaMa Experimental Theatre Club.

She received a 2013 David di Donatello Award nomination for her supporting role in the Ivano De Matteo-directed movie Balancing Act.

Born in Southern California to a family of Italian heritage, she grew up primarily in New York City. She moved from New York to Italy. She has two siblings named Diego and Lucia.

Rosabell Laurenti Sellers Is A Member Of

Game of Thrones
Mia and Me
24 Year Olds
TV Actresses