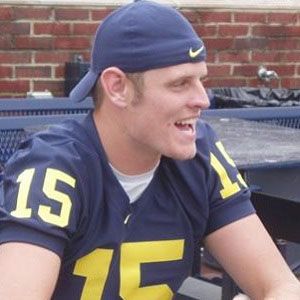 NFL quarterback who spent three seasons as a backup with the New England Patriots before being traded to the Houston Texas in 2014. He played college football at the University of Michigan and the University of Arkansas, becoming a Second-Team All-SEC selection with the Razorbacks in 2009 and 2011.

He attended Texas High School in Texarkana, Texas, where he was named the state's High School Player of the Year in 2006.

He threw the first touchdown pass of his NFL career to All-Pro Texans defensive end J.J. Watt in 2014.

His parents are Jim and Debbie Mallett.

He backed up Patriots quarterback Tom Brady in New England from 2011 to 2013.

Ryan Mallett Is A Member Of