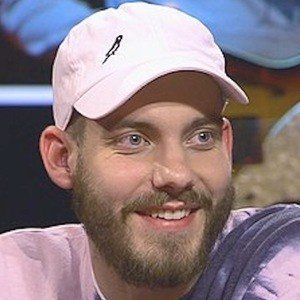 Dutch EDM DJ who first became known for his viral remix of Dr Dre's "The Next Episode." His debut album album1 debuted at #7 on the Billboard Dance/Electronic Albums chart. He launched his own record label called bitbird.

He graduated from Codarts in Rotterdam in 2012 where he studied music production and guitar. He began producing in 2013 and would sign with Heroic in 2014. He also taught guitar to children.

His remix of Porter Robinson's "Natural Light" became part of Robinson's Worlds Remixed album. His remix of "The Next Episode" has over 200 million views on YouTube.

He was born Sander van Dijck in Zoetermeer, Netherlands.

He has remixed songs by Nelly, Eminem, Blur, OutKast, 50 Cent and more.

San Holo Is A Member Of